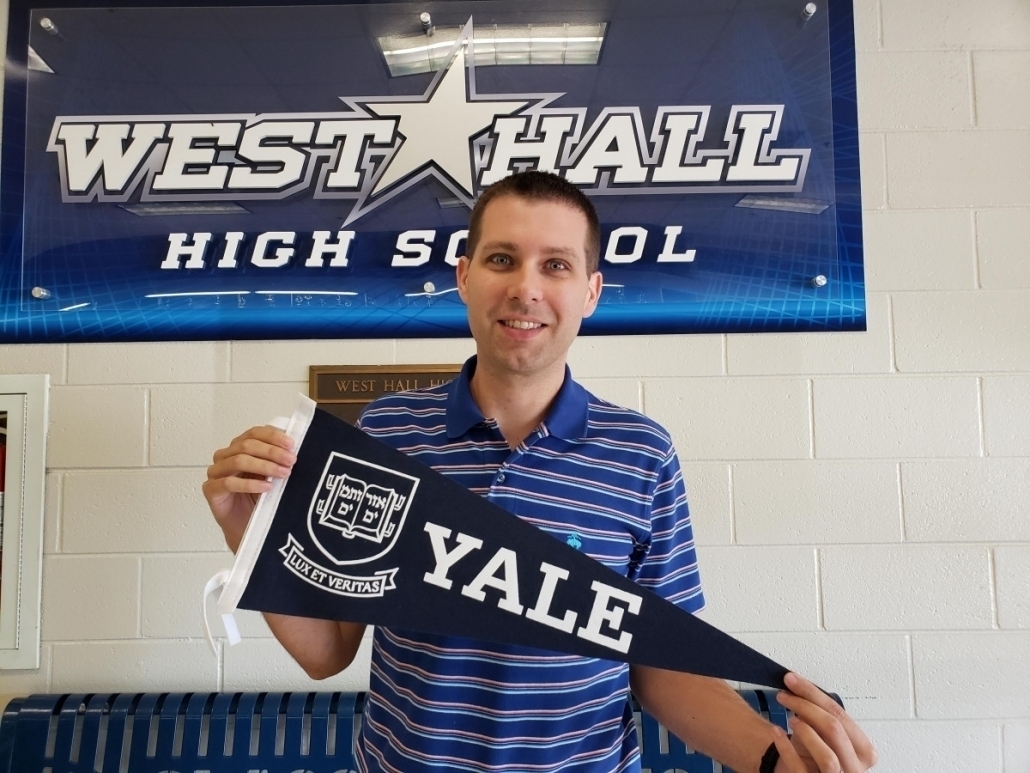 The Hall County School District is proud to announce that the Yale University Office of Undergraduate Admissions has recognized Mr. Matt Phillips, a teacher at West Hall High School, as a recipient of the 2019 Yale Educator Award.

This award, sponsored by the Yale Office of Undergraduate Admissions, recognizes educators from around the world who inspire and support their students to perform at high levels and to achieve excellence.

Students entering the Yale Class of 2023 were asked to nominate outstanding educators who have deeply impacted their lives. Mr. Phillips was nominated for the award by Vanessa Nunez, a West Hall High graduate, who was selected by a committee in the Office of Undergraduate Admissions. Mr. Phillips joins an elite field of 311 nominees, who represent 40 US states and 23 countries; 55 teachers and 18 counselors were selected to receive the award.

The Hall County School District joins Yale University in recognizing the unique and critical role that exceptional educators play in shaping the future by encouraging their students to pursue their goals. We congratulate Mr. Phillips on this award and thank him for his commitment to Character, Competency, and Rigor for all his students.