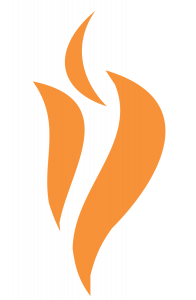 We are proud to announce that twenty Hall County School District students have been selected as Semifinalists for the Georgia Governor’s Honors Program (GHP). These students will move on to GHP Interviews in late February and early March, competing to be named a finalist for GHP.

Public and private high schools across the state nominated almost 3,000 students who represent the “best of the best” in eleven areas of study: Agricultural Science, Communicative Arts, Dance, Engineering, Mathematics, Music, Science, Social Studies, Theatre, Visual Arts, and World Languages. Of these, less than 1200 were selected as Semifinalists and will be interviewed and auditioned in February/March. Approximately 650 Finalists – one-fourth of 1% of eligible sophomores and juniors in the state — will be chosen to participate in the 2021 program. Since the program is fully funded by the Georgia General Assembly, there is no charge for students to attend.

During the four weeks of the program, students spend the morning in their major area of nomination, exploring enrichment topics not usually found in the high school classroom. In the afternoons, students choose one of the other areas in which to study. The curriculum in all the areas is challenging and engaging. Evenings are filled with seminars, activities, concerts, and performances.

Laurie Ecke, Hall County’s Director of Innovative and Advanced Programs, said, “In such a challenging year, we are so excited to see so many Hall County students moving forward as GHP Semifinalists, and I am confident they will represent HCSD well in the interviews.”

Since the GHP summer program had to be canceled last year, three of last year’s finalists who are juniors this year have already been accepted as finalists for GHP 2021.

Please see the list of Hall County’s 2021 GHP Semifinalists and the already accepted finalists on the following page.